LSST: a hologram to improve the optical setup of the Rubin Observatory

Starting in 2022, and during the next 10 years, the camera of the Vera Rubin Observatory Legacy Survey of Space and Time (LSST) will produce images from the southern sky with unprecedent precision. The observatory is expected to take one picture of the sky every 40 seconds, detecting almost 10 million alerts per night. Each alert is a potential new transient object — those who brightness change with time. The Fink project, an international collaboration lead by French groups from the Laboratoire de Physique de Clermont (LPC) and the Laboratoire de Physique des 2 Infinis Irene Joliot-Curie (IJCLab), was recently officialized by IN2P3 and is one of the competitors to become one of the official frameworks to distribute alerts from LSST — called brokers — to the worldwide community.

Given the rise of large scale astronomical surveys, the scientific community is confronted with a new challenge: to develop new tools and methods to deal with the large volume and complexity of data from these experiments. Given it large field of view and its unique resolution of 3.2 million pixels, the camera of the Rubin Observatory will enable the detection of an unprecedented number of transient objects resulting from a diversity of astrophysical phenomena (supernova, gamma-ray burst, gravitational microlensing, solar system objects, … ). For each one of these detections, one alert will be generated. The treatment of these alerts is essential to optimize the exploitation of this unique instrument and can unravel important clues to understand these transient phenomena.

In this context, the Fink project was designed as a complete framework, able to digest in real time the unprecedent volume of alerts which will be generated by the Rubin Observatory. These alerts will filtered, enriched, cross-matched with information from previously compiled catalogs and other telescopes, stored and classified using machine learning techniques. Finally they will be distributed to the scientific community via a web portal as well as through a notification system which will notify scientists and other observation facilities in real time. The project is lead by Anais Moller (LPC-Clermont), Emille Ishida (LPC-Clermont) and Julien Peloton (IJCLab) with the collaboration enclosing more than 30 researchers from many laboratories in France and abroad. The initial prototype is hosted in the VirtualData cloud at the Universite Paris-Saclay — which is developed by a team of engineers from IJCLab. For the moment, the prototype is receiving and processing data from the currently operational Zwicky Transient Facility (ZTF) in preparation for the arrival of Rubin data. The production service will be hosted at the IN2P3 Centre de Calcul in Lyon, who will also host half of the raw data from the observatory.

The officiallization of Fink by IN2P3 is an important milestone for the project in its endeavour to become one of the official brokers of Rubin. In the next stages, it will be necessary to diversify its science cases and coordinate with many different observatories around the world in order to ensure an optimal scientific exploitation of the data. For example, the Fink collaboration has been actively working with other IN2P3 projects (e.g. the SVOM satellite and the telescope network GRANDMA) in order to boost the understanding of gamma-ray bursts and kilonovae. Fink’s full proposal was submitted to the analysis of the Rubin Observatory in December/2020 and results are expected to be announced in the second quarter of 2021. Fingers crossed! 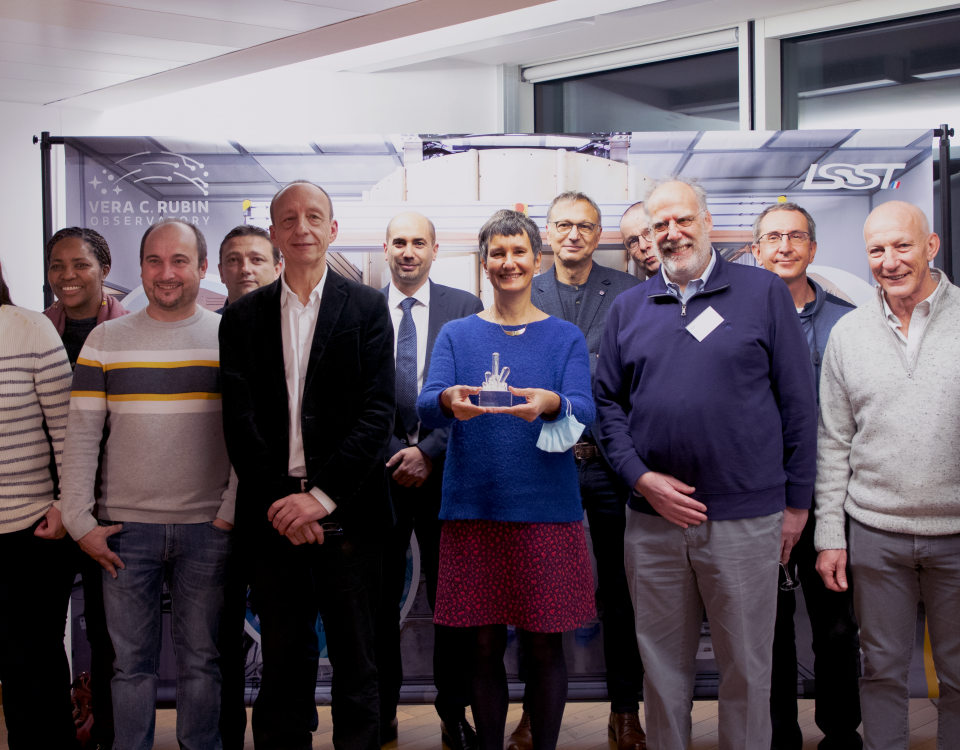